The Year That Went to the Dogs

Where has this year gone? The months have flown by and it seems like 2017 just began. It has been a blur. Why? Our lives became consumed by dogs. How did this happen? Actually I know how it happened and it was all-deliberate.

In March of this year Hubby and I went to St. Martin with our friends Lori and Rich. While on the island we got onto the subject of animal rescues. Rich wanted to stop by and drop off some dog food. I told my husband that if we went to the animal rescue it was going to be impossible for me to leave without a dog. Just wanted to be sure he understood what he was getting himself into.

So we set out and first stopped at a local grocery store and bought large bags and cans of dog food. Off we went pulling off the main road and down to the end of a side alley. We had arrived at SXM Paws.

In we went to the area where the dogs were kept. All the dogs came bounding up to the end of their cages, tails wagging fiercely as each looked bogglingly to be picked and taken home. It was too much I started to cry. I wanted to take them all home.

Further down the cages I came across a beagle mix. She had an eye that was all infected and oozing god-awful stuff. She was not looking her best but I instantly fell in love. I wanted to take her for a walk. Down the alley we went and I fell more in love, as did my husband. We inquired about her and her name was Melody. She hadn’t been fixed yet and her eye was scheduled to be removed with a prosthetic marble put in the socket. But unfortunately we were leaving for the United States in two days and we didn’t have time to wait for the surgeries. With a broken heart we left Melody there. I walked down the rest of the way to the end of the cages and there were three little puppies. Two males and a female. The little girl puppy was adorable. And so we decided we would take her home. Come to find out after the fact, Coco as we called her was Melody’s puppy. I had not known this when I picked her.

Our friends Lori and Rich did their own searching and settled on a little female they have since called Maddie. Short for Mademoiselle. They were leaving the next morning. We all waited for the woman who ran the rescue to arrive, Corinne Mackie. Once there we began talking arrangements for taking the pups. We did not want Coco and Maddie to fly alone but to be together as we felt it would be too stressful if they were in the cargo hold of a plane by themselves. Lori and Rich called the airlines to make arrangements to have the dogs flown home. Because it was winter the airlines would only fly them as far as New York City because the cargo holds are not heated. Apparently the additional difference to Boston would just be too cold for the animals. Lori and Rich changed their travel plans. They decided to fly to New York with the dogs, rent a car and drive the rest of the way back to Cape Cod. Two pretty amazing people if you ask me! And so the next day the Lori, Rich and the dogs flew home. 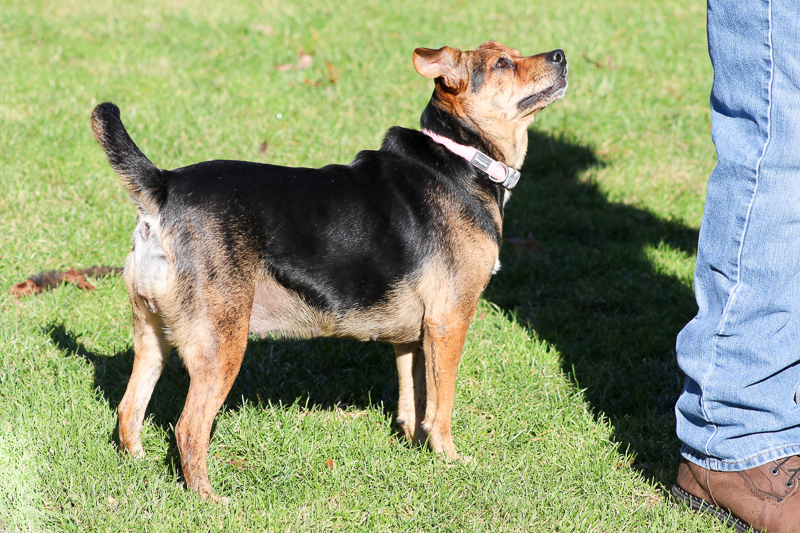 Fast forward several months and both puppies had settled into their new homes perfectly. As happy as things were around here, St. Martin at the same time was pummeled by Hurricane Irma a category five storm during the summer. The island was heavily damaged as were many others in the Caribbean. After unbelievable pulling together SXM Paws was able to organize a mass evacuation of two hundred animals to Tennessee. It was with a lot of effort, fund raising and coordination by quite a few incredible people to make this happen.

Michael my husband had never forgotten Melody and had been following SXM Paws on social media to see if she had been adopted over the months. She hadn’t. And so we decided it was meant for her to be with us. We made arrangements to fly down to Tennessee on a Friday, pick her up Saturday and drive 15 hours back to Cape Cod with her. She had already just come from being in the cargo hold of an airplane to then be driven 14 hours to Tennessee. We did not want to put her back in the belly of a plane all by herself. And so we drove home with her.

What can I say? We are so in love with her and she and I are attached at the hip. There have been adjustments. Mel does not initially like men or large stature people. She does not like big dogs. Concessions and patience are given. After initial trepidation with my husband they are now very attached. She and our lab Brady took about six weeks to finally show major progress in liking one another. She and Coco play non-stop all days. They are two peas in a pod. Mum and Pup reunited and loving their time together.

And so three dogs now consume our lives. And I can tell you we love them all wholeheartedly and would do it all again in a second.

And if you are wondering how Maddie is doing, well she is living the good life with Lori and Rich. They couldn’t love her more. We try to get Maddie and Coco together on occasion to play.

5 thoughts on “The Year That Went to the Dogs”